Deep brain stimulation (DBS) is a neurosurgical procedure involving the placement of a medical device called a neurostimulator (sometimes referred to as a “brain pacemaker”), which sends electrical impulses, through implanted electrodes, to specific targets in the brain (brain nuclei) for the treatment of movement disorders, including Parkinson’s disease, essential tremor, and dystonia. While its underlying principles and mechanisms are not fully understood, DBS directly changes brain activity in a controlled manner.

DBS has been approved by the Food and Drug Administration (FDA) as a treatment for essential tremor and Parkinson’s disease (PD) since 1997. DBS was approved for dystonia in 2003, obsessive–compulsive disorder (OCD) in 2009, and epilepsy in 2018. DBS has been studied in clinical trials as a potential treatment for chronic pain for various affective disorders, including major depression. It is one of few neurosurgical procedures that allow blinded studies. 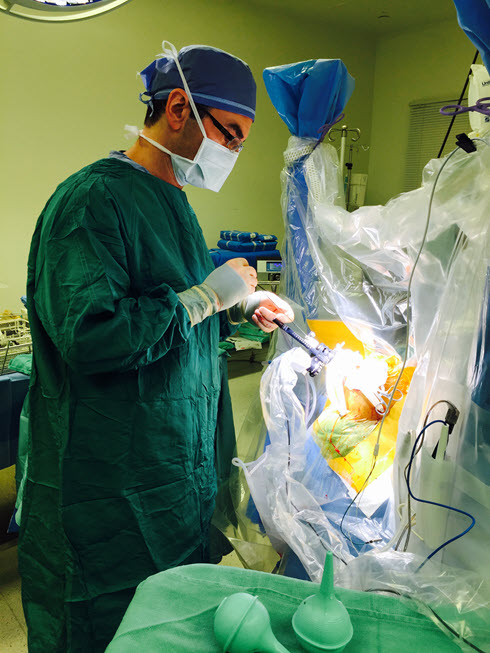 Deep brain stimulation is approved to treat a number of conditions, such as:

Deep brain stimulation is also being studied as a potential treatment for: